The Australian Matriculation (AUSMAT) Programme always seeks to provide students with new opportunities to participate in events that support diversity and empowerment.

Ever since 2018, AUSMAT has initiated a special International Women’s Day (IWD) celebration in the month of March to keep up with global celebrations also on this month. Although the event was held online due to COVID-19 partial lockdowns, spirits were not dampened, as students made every effort to showcase what women’s empowerment can look like for Pre-U students. Fully supported by the Programme Director, Ms Vanitha Satchithanadan, the AUSMAT English lecturers, Dr Sally and Ms Sue Lynn, helped students express their take on IWD.

Lim Jin Ying created an online invite for AUSMAT staff and students and technology enabled all items to be pre-recorded. The event was premiered on the AUSMAT YouTube channel, on 8th of March, 4pm, and hosted by a brother-sister team of Bhathiya and Dimansa.

The event commenced with an opening speech by the Director of AUSMAT, Ms Vanitha. She reminded everyone what progress female empowerment has enjoyed in Malaysia, and how sustainability of gendered equal rights is a fight for everyone. The first item was a video compilation by student Jeganathan and his friends. They asked random students on Sunway campus grounds on what IWD meant to each of them, and the candid responses captured were fun to hear.

The second item was a harmonious duet by Caleb Gan and Melody Tan. The two songs they selected, ‘Scars to Your Beautiful’ and ‘This is Me’, were intentional in giving the message that self-acceptance is part of empowerment.

The third item was an audio storybook, put together by Chew Yun Han and his team. It was a lovely story of two friends who were separated, and how they came together again at the end. Graphics and beautiful story-telling were key in making this item so meaningful. The fourth item was a personal account of empowerment shared by Eleesha Ngoh. Choosing to shave her head bald to support cancer patients, Eleesha talked about intentional choices we can make to empower others, and in the process, empower ourselves.

The next item was a rendering of a piano piece by Sum Yue Sze. She chose a popular number by Chinese singer Ocean Ou, depicting long distance relationships that can make us stronger. The last item sustained everyone’s interest as it was a compilation of international students studying in AUSMAT talking about the inequalities women faced in their own countries. The nations represented in this culminating narrative (with very informative slides) were India, Sri Lanka, Myanmar, South Korea, and Russia. Malaysia was also represented at the end, as the host of this international series. 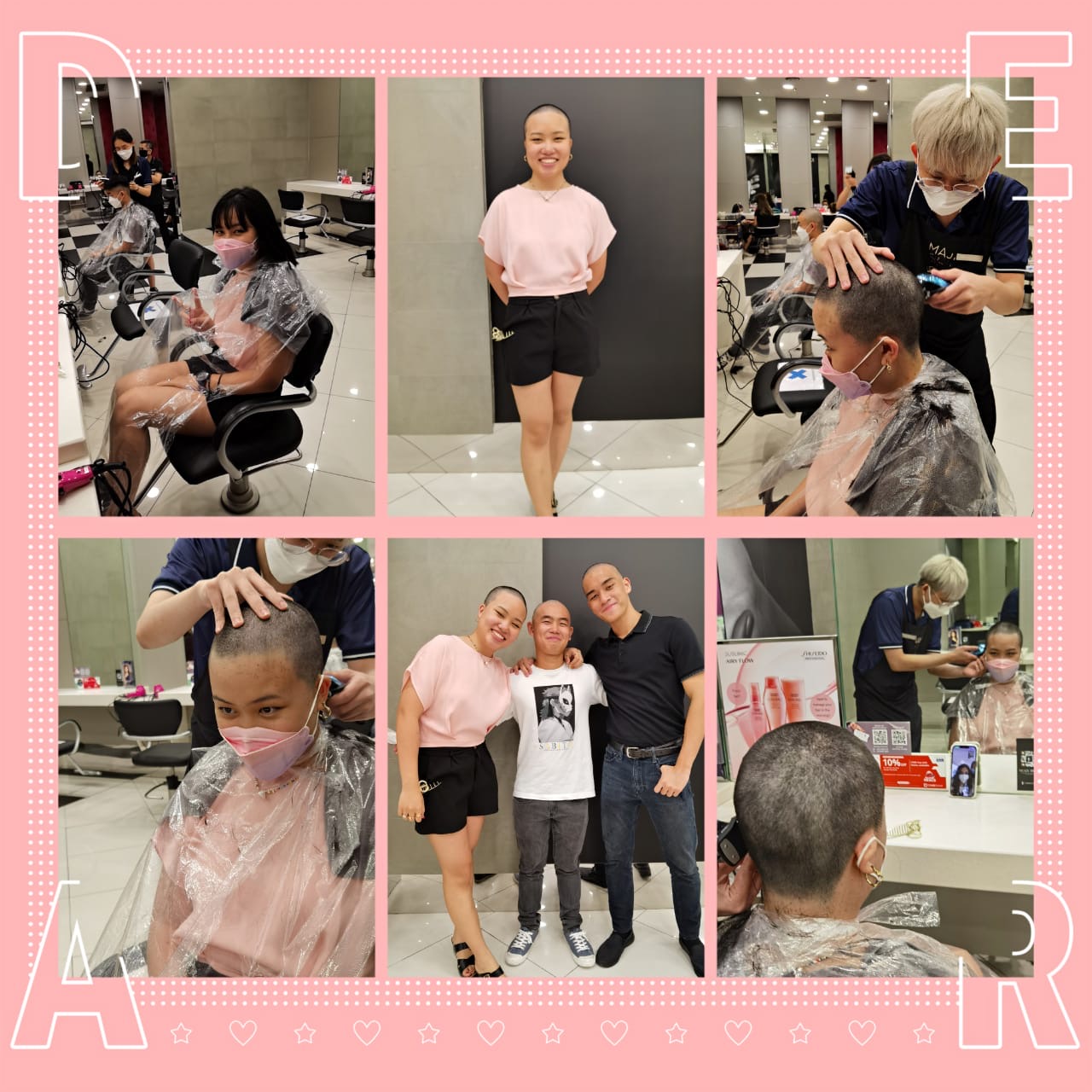 Before the closing credits were aired, Dr Sally closed the event with words of thanks and appreciation to all who took time to view this event live, and the students who participated and made it meaningful.

It was a productive and memorable day for everyone who attended the IWD online, a 30-minute premiered event packed with gender-sensitive information. More than anything, the aim to enlighten and inspire the audience on gender equality had been fulfilled.