VU @Sunway alumna, Sabrina Aripen has been selected as a finalist for the Professional Achievement Alumni Award for Victoria University 2021.

1.    What are your nominee’s career highlights?
Ms Sabrina Melisa Aripen is the founder and protem chairperson of Society for Equality, Respect And Trust for All (SERATA), a non-profit organization based in Kota Kinabalu, Sabah. SERATA works to dismantle long-held socially constructed gender roles and promote gender equality by engaging men and boys in partnership with women and girls. She has written several articles championing the role of fathers in families, linking this to increasing the women representation in the workforce and beyond. She has also conducted several workshops on gender sensitization for men as well as on gender equality and women empowerment. Her expertise has led her to be invited to conduct trainings for the Young Southeast Asian Leaders Initiative (YSEALI) Generation Workshop: Advancing Gender Equality, held in Brunei in October 2019.

Sabrina began her journey in gender issues in 2010, when she organized a campaign to raise awareness about domestic violence through Junior Chamber International (JCI) Intan. This White Ribbon Campaign helped raise awareness on violence against women and children, including a Flea Market Bazaar and open forum. The campaign was backed by 9 successful White Ribbon Day male ambassadors.

Since then, she has worked for several nonprofit organizations, including Sabah Women Action Resources Group (SAWO) and Pusat Kebajikan Good Shepherd, to advocate for the rights of women and children through workshops and talks as well as producing press releases and maintaining presences on social networks and websites.

Over the years Sabrina has been a past delegate and group leader for the Mosaic International Leadership Programme, a 2-week programme for emerging young leaders organized by a charity founded by HRH The Prince of Wales. This has served as a great development opportunity for Sabrina, expanding her leadership skills and inspiring thoughts on global issues.

Sabrina has also previously worked for the World-Wide Fund for Nature (WWF-Malaysia) as a Communications Officer in their Sabah Office and was responsible for developing a cohesive communications and campaigning work plan for the Water Pollution Module of the Sabah Terrestial Conservation Programme, and produced a coffee table book titled “When The Water Whispers”.

In 2017, Sabrina was selected as a Fellow for the US Community Solutions Program, and was placed in San Francisco for 4 months to work in Paid Leave for the US, which advocates for paid family leave for all working people in the US.

Aside from occasionally writing for Sabah’s first online parenting magazine, Parents Avenue, Sabrina works as a consultant on research projects on gender-related topics, including for UNDP- Malaysia.

2.    How has your nominee contributed, or are contributing, to their industry that inspires others?
Sabrina’s decision to start Society for Equality, Respect And Trust for All Sabah (SERATA) was based on her own observations after working with other local organizations that work on
women’s rights. Their focus is mainly on women empowerment and provision of support services for victims. She realized there was a gap in the work that can be done in promoting gender equality.

She wanted to provide a different narrative to ending gender inequalities, and this involves engaging the other half - men and boys. It requires unpacking gender norms and stereotypes to arrive at the root cause of gender inequalities. Sabrina’s aim was to change traditional mindsets about the roles of men and women, beginning from birth and family life, and transcending towards school life and then the workplace. In the long run, she believes this awareness will pave the way towards ending gender-based violence.

Sabrina’s work at SERATA started with efforts to raise awareness that certain tasks, like parenting is not limited to gender. Even with the increase of women joining the workforce and the rise of dual-income families which saw women contributing financially to their families; labour laws of the country has yet to acknowledge that men need to also contribute their energy to households and parenting in return. Currently, there is no provision of paternity leave, while there is a provision of 2 months maternity leave. Sabrina believed that before laws can even be changed, there has to be some insights on how fathering has changed over the last few decades.

As a new nonprofit with no funding, SERATA started small - they conducted a few interviews with fathers within their city and obtained insights on their perception of fathering. They found that men are more hands-on with the raising of their children today compared to their fathers before them. These stories were published on SERATA’s Instagram account with the hashtag #CelebratingFatherhood. Sabrina also wrote several articles championing the role of fathers and how this can benefit the country economically. As a result, Sabrina was invited as a panel speaker for the Malaysian Economic Summit in 2018.

Since then, the organization has held a larger physical event in conjunction with Father’s Day in 2019. This year, due to the pandemic, Sabrina moderated an online panel discussion on the roles of fathers in ending bullying and sexual assault & harassment in schools, in response to news reports that indicated that rape culture and sexual harassment is normalized in many schools around the country.

Sabrina hopes to explore further on the perception of societies in Malaysia towards fatherhood in her PhD, especially with the rising number of single mothers caring for their children alone.

3.    What difference have they made, or are making, to their community?
Sabrina has organized and carried out several programs with the aim of empowering and nurturing others. Aside from the work she did for SERATA, she has successfully completed many programs, including organizing the White Ribbon awareness campaign through Junior Chamber International Intan (JCI Intan) in 2010 to start conversations on domestic violence and other forms of gender-based violence. She was inspired after seeing the White Ribbon campaign during a visit to Australia.

In addition to this campaign with JCI, Sabrina has also organised their Love Yourself Programme in 2012 which strived to empower women to feel beautiful regardless of age, race, shape and size.

She was the president of JCI Intan in 2014, where she strived to nurture and empower more young women to become leaders in her city. In 2015, she was the organizing chairperson for the 18th JCI Malaysia Academy, a 3-day bootcamp for around 80 youth leaders of JCI from all over Malaysia to polish their skills to be the next leaders of their respective organizations. She was also an assistant trainer for JCI Intan Youth Leadership Training 2016 held in Kota Marudu and in 2017, she was appointed as the Area Training Director for her district.

In 2014 Sabrina commenced work with Pusat Kebajikan Good Shepherd (Teenage Centre) (PKGS). Under this role she organised two campaigns on a National level to create public awareness of the rights of women and children, one of which was the ‘International Day of the
Girl Child’, where she held a gender awareness programme for 100 students in Tenghilan, Sabah.

During her work with WWF-Malaysia in 2014-2018, she was in charge of liaising the annual Earth Hour programmes in her city.

Under SERATA, she has been invited to be a speaker or deliver physical and online workshops such as:
-    Men of Respect for 30 young men participating in the Tanakvagu Kaamatan pageant
-    Integrating Motherhood & Professionalism at Work for Malaysia Institute of Accountants (MIA), Johor for 60 members
-    Panel discussion: Unprecedented Changes and the Way We Look at Gender Equality, for the Women in Leadership Conference 2021

In 2021, she has organized several online panel sessions including on Sabah Women in History, Working Mothers, Inclusive Beauty Values: Who Decides & Define Beauty in Sabah, and Responsible Dads: The Catalyst in Ending Bullying and Gender-Based Violence.

She is currently guiding a few VU students on their group project, which touches on healthy relationships, for the Social Issues and Community Engagement module.

4.    Is there anything else you think the judges should know about your nominee?
Sabrina was a young mother at 19, before she enrolled into Victoria University to obtain an accounting degree. She is also a domestic violence survivor. These experiences has propelled her passion into seeking solutions for a better and just world.

Passionate about women’s rights, Sabrina started a not-for-profit – the Society for Equality, Respect and Trust for All Sabah (SERATA). Based on her own observations while working with other local organisations on women’s rights, Sabrina looks to find different ways to end gender inequality, especially those that involve engaging men and boys. 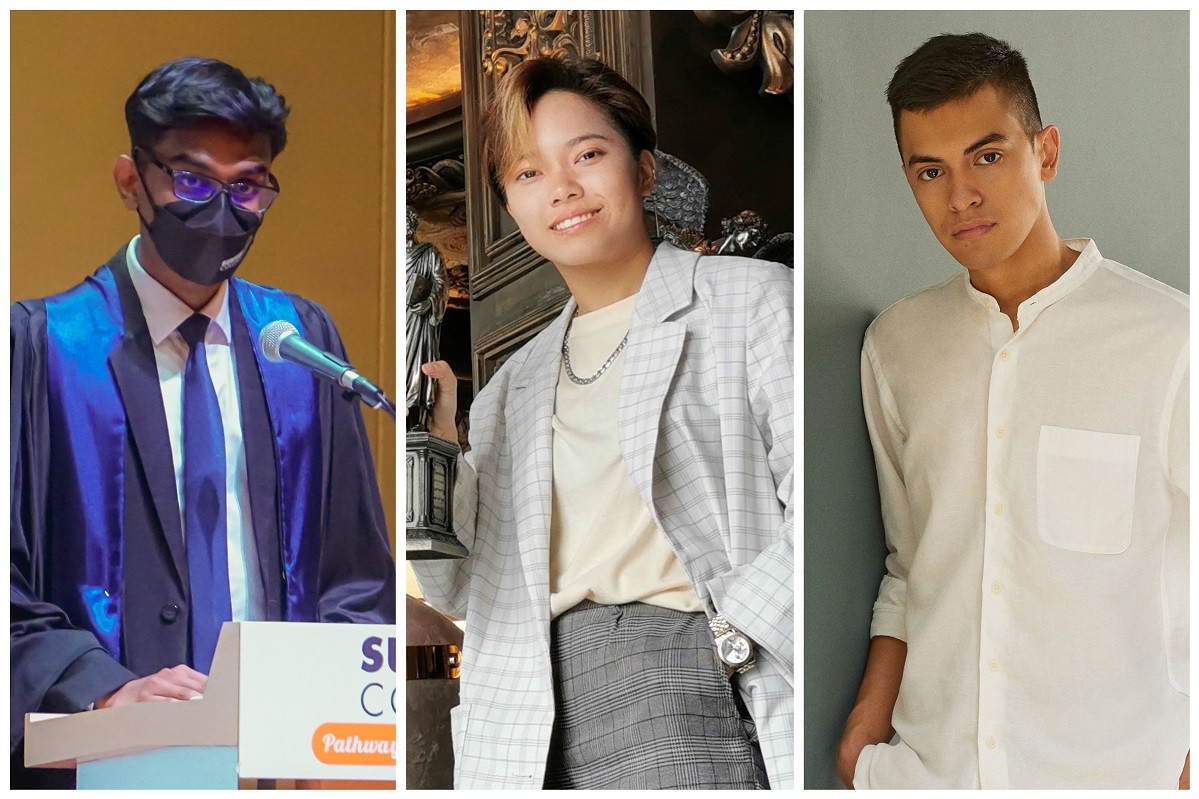 College
Pursuit of Passion Along with A Technical Qualification 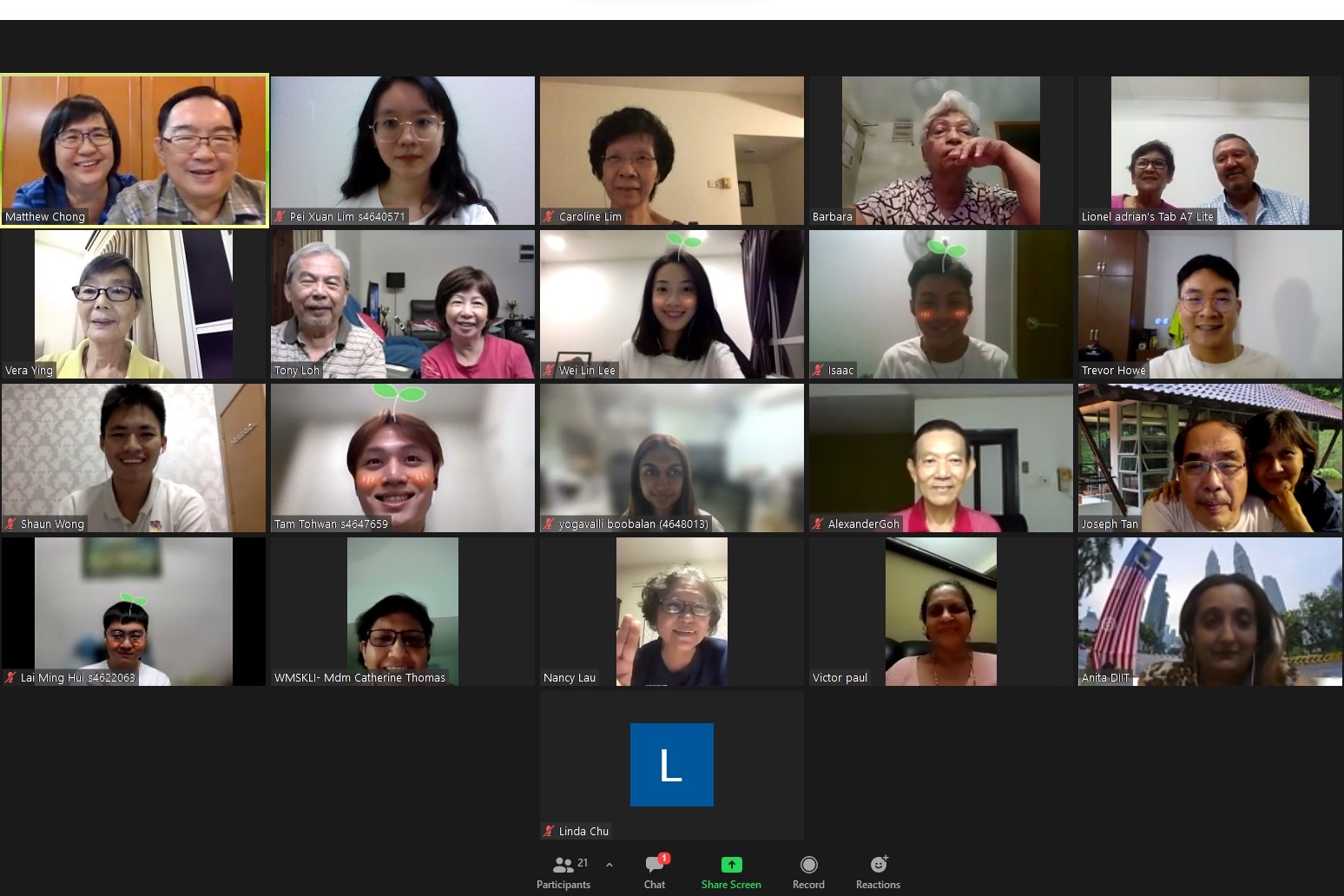 College
Connecting the Youth and Seniors Through Digital Literacy 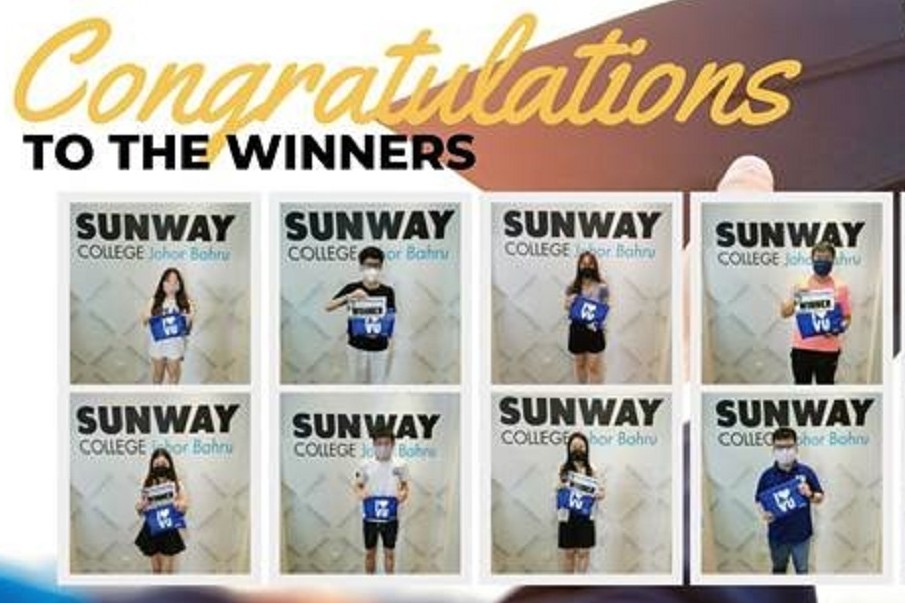 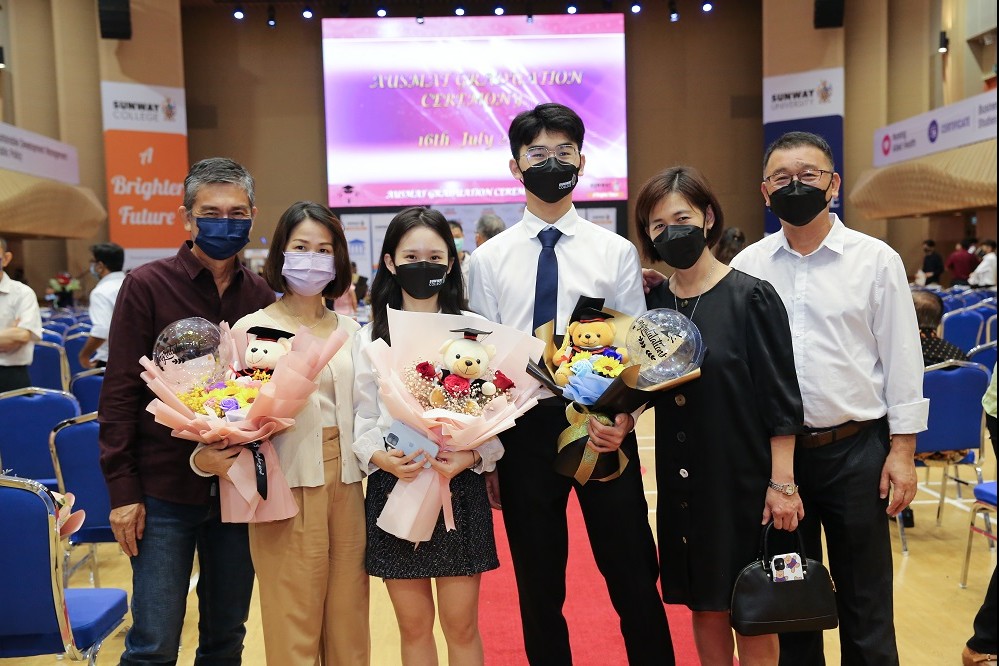